What Are Michelin Stars - History, Criteria and Method 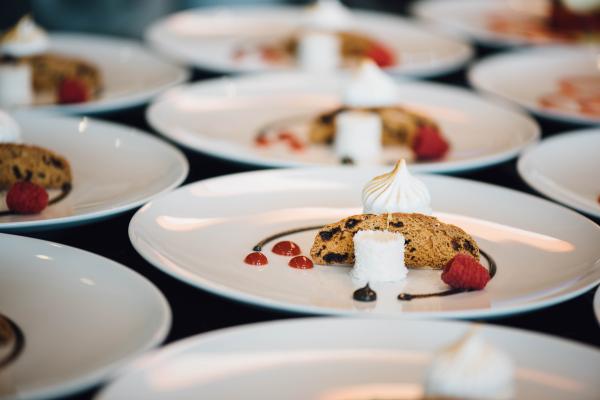 You have probably heard of Michelin stars and immediately associate them with top gastronomy and fancy restaurants. However, despite being one of the most coveted awards for top chefs, the history of the famous stars is not fully known. The origins of the Michelin Guide date back to the turn of the 20th century and were inspired by a surprising turn of events that had little to do with cuisine.

You may also be interested in: What Does the Information on Canned Tuna Labels Mean
Contents

History of the Michelin stars

The Michelin Guides are a series of travel guides published by the French tire company Michelin since 1904.

The first Michelin Guide was compiled by the founders of Michelin Tire, French industrialist Andre Michelin and his brother Edouard Michelin. They wanted to increase the demand for automobiles and, consequently, for the tires they produced. The first guidebooks were distributed free of charge in the hope of creating a demand for cars, because at that time there were only a few hundred cars in France.

The first edition of the Michelin Guide included maps and instructions on how to repair and change tires. It also included a list of restaurants, hotels, mechanics, and gas stations along popular routes in France. In spite of the guides' value as a guide to restaurants, the Michelin brothers' ultimate intention was to generate profit from their tire business.

The Michelin Guide gained popularity throughout Europe and Northern Africa within its first decade of existence. However, the outbreak of World War I in 1914 temporarily halted its production. After the war, the Michelin brothers decided to improve the quality of the guidebook, get rid of the advertising and started charging money for it.

The first Michelin stars were awarded in 1926. Restaurants were awarded a single star if they were considered a “fine restaurant”. It was not until 1931 that the rating system was changed to three stars instead of the current one.

In 2005, Michelin published its first American guide, covering 500 restaurants in the five boroughs of New York City and 50 hotels in Manhattan. In 2007, a Michelin guide to Tokyo was published. That same year, the guide introduced a magazine, Étoile. In 2008, a volume for Hong Kong and Macau was added. Since 2013, the guide has been published in 14 editions for 23 countries.

How are the Michelin stars awarded?

First, the Michelin Guide team selects a number of restaurants in specific locations to be inspected by an anonymous inspector. After visiting the restaurant, the inspector writes a comprehensive report on the overall culinary experience. The group of Michelin inspectors then meets to analyze the reports and discuss in depth which restaurants have earned a Michelin star. The criteria that the Michelin team considers when deciding whether or not to award a restaurant a star are as follows:

Michelin's evaluators, commonly called “inspectors”, are completely anonymous. They do not identify themselves, and their meals and expenses are paid by Michelin, never by the restaurant they are evaluating. They may not even disclose their profession to close family members.

What does the stars mean?

The prestigious award is given after qualifying more than 30,000 restaurants around the world. Michelin awards 0 to 3 stars based on anonymous ratings. Critics focus their ratings on quality, mastery of technique, chef personality, food value and consistency. Other aspects such as interior design, table decor or service quality are not taken into consideration when awarding stars. The stars are awarded as follows:

Almost every year new restaurants receive their first star and other restaurants add more and increase their prestige. Although it does not happen often, a restaurant can lose a star. It is not enough to receive a star to ensure success, because the anonymous inspections continue. Every single element of the above evaluation criteria that is violated can cause a restaurant to lose a star, and not even prominent chefs are safe from this.

List of countries with the most Michelin stars Restaurant

According to the latest Michelin Guide (2021), there are 632 restaurants in France that have been awarded a Michelin star. Japan ranks second with 413 restaurants, followed by Italy, Germany, and Spain. The USA and China (including Hong Kong and Macao) occupy respectable 6th and 7th places.

France may have the most Michelin stars in the world, but when it comes to the highest concentration of Michelin-starred establishments, it ranks only 6th. Japan claims the top spot as the country with the highest number of restaurants per capita, with one restaurant per 61,000 inhabitants.

If you want to read similar articles to What Are Michelin Stars - History, Criteria and Method, we recommend you visit our Food & drink category.

What Is The Difference Between Baking, Roasting And Broiling
What Is Kimchi: Origins, Properties and Benefits
What is the Origin of the Daiquiri?
Are Pickles Fattening? - Sweet and Sour Types
Most read
1.
How to Tell if Mushrooms are Still Good to Eat
2.
Homemade Kinder Bueno Filling
3.
How to Tell if Broccoli Has Gone Bad
4.
How to Know if Brussels Sprouts Have Gone bad
5.
How To Fry An Egg In The Microwave
6.
How to Keep Paneer Soft while Cooking
7.
How to Make Paneer at Home with Spoiled Milk
8.
How to Tell if Tofu Has Gone Bad - Shelf Life of Tofu

What Are Michelin Stars - History, Criteria and Method 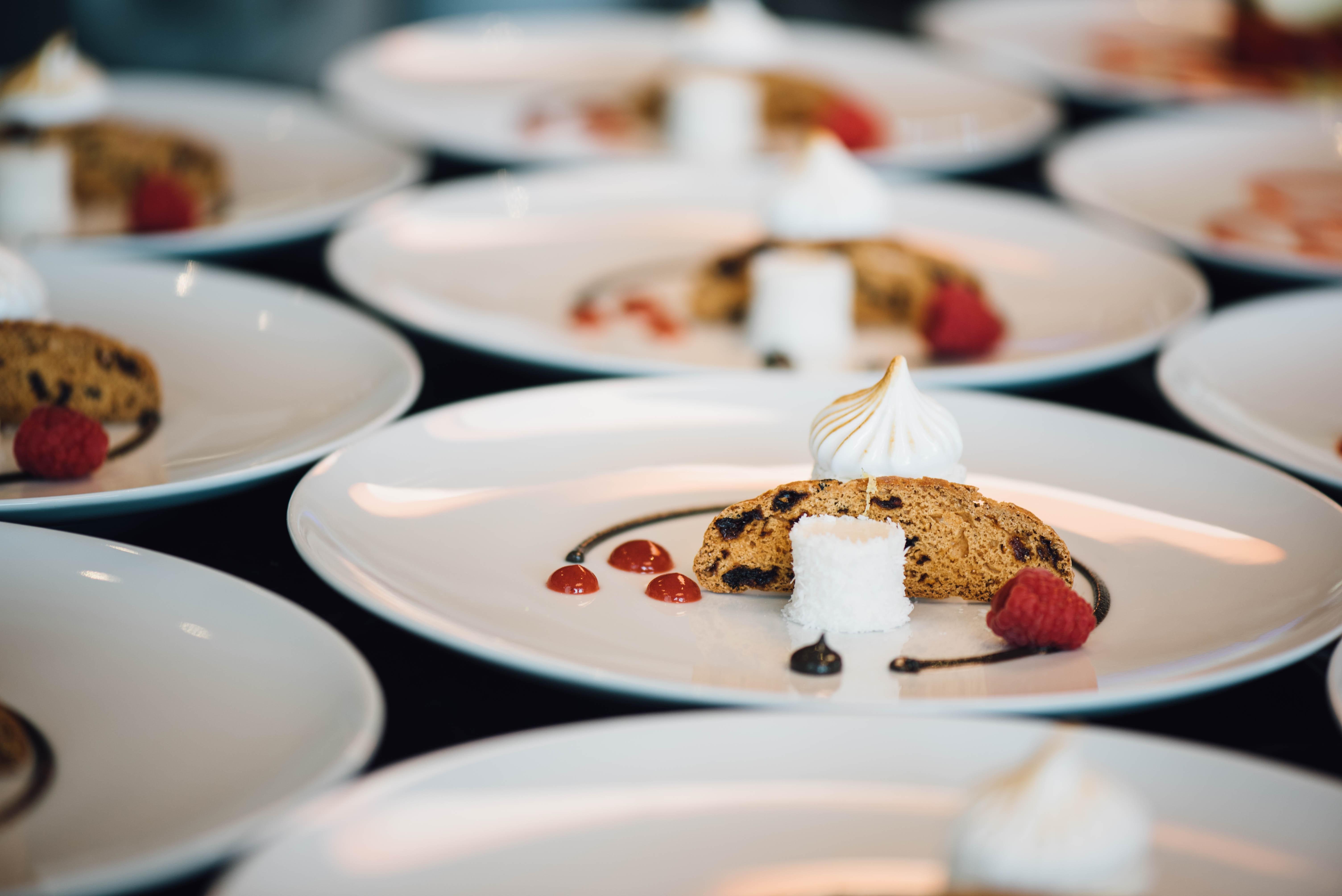 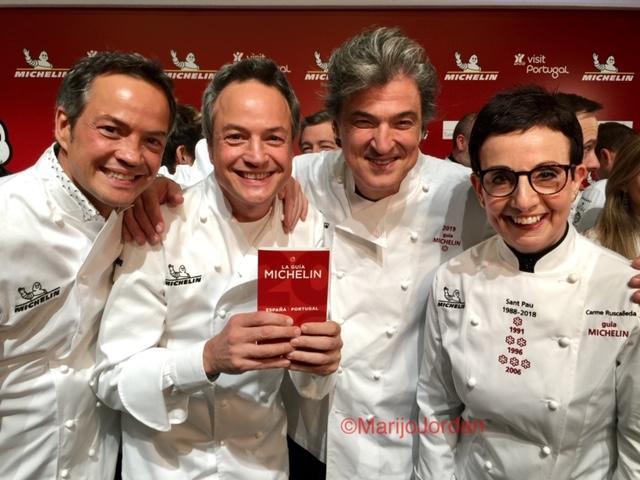 1 of 2
What Are Michelin Stars - History, Criteria and Method
Back to top