How to replace sugar with sweetener

Baking recipes tend to use medium and high amounts of sugar, which people suffering from diabetes can't use. So, is that to say they cannot make and eat these delicious desserts? Of course they can! You just need to know the equivalence of sugar and sweetener so you can replace it. If you are diabetic or if you would simply prefer to exchange an item for another to follow a healthier diet, this OneHowTo article explains how to replace sugar with sweetener.

While both sugar and sweetener sweeten foods in the same way, but sweetener is sweeter than sugar, so we have to use less. This is the first rule you must learn to replace sugar for sweetener. So if the recipe you're making tells you that you need 200g of sugar, you cannot put the same amount of sweetener because it will come out way too sweet.

There are a multitude of artificial sweeteners on the market, including aspartame, cyclamate and saccharin, but only the latter is used for baking and can withstand high temperatures. Similarly, they are sold in powder, liquid or pills.

Equivalence between sugar and powdered sweetener

Normally, this is the most common sweetener with recipes for cakes, cupcakes and products that require an oven or microwave. The equivalence is simple, 10 grams of sugar equivalent to 1 gram of a sweetener. Thus, to calculate the amount of sweetener you just have to divide the grams of sugar by 10. For example, if the recipe calls for 250g sugar we divide it by 10 and so replace it with 25g of sweetener.

Equivalence between sugar and sweetener tablets

The tablets contain more concentratedamount of sweetener than the other types. Thus, the formula for calculating the number of pills is the same as above (divided by 10) but, in this case, multiply the result by 2. Following the same example, 250g of sugar divided by 10 and multiplied by 2 would give us 50 pills.

Equivalence between sugar and liquid sweetener

Liquid sweetener weighs about the same as powdered sweetener, but when looking for a result in millilitres and not in grams, the number varies slightly. Divide the total number of grams of sugar specified in the recipe by 12.5, the result will be the liquid sweetener in ml. So, 250g of sugar divided by 12.5 gives us 20ml of sweetener.

Now that you know the equivalences between sugar and sweetener you can prepare any recipe without problems. You can also replace sugar with stevia, which is an all natural, plant based sugar substitute. To know the propertes of stevia, follow this link to the article.

If you want to read similar articles to How to replace sugar with sweetener, we recommend you visit our Food & drink category.

What is the Difference Between Sugar and Sweeteners?
How to Read Labels for Sugar
How many Grams are in a Spoonful of Sugar?
The Best Indian Sweets and Desserts
Most read
1.
How to Tell if Mushrooms are Still Good to Eat
2.
How to Know if Brussels Sprouts Have Gone bad
3.
Homemade Kinder Bueno Filling
4.
How to Tell if Broccoli Has Gone Bad
5.
How to Know if Soup is Spoiled
6.
How to Tell if Tofu Has Gone Bad - Shelf Life of Tofu
7.
How To Make Ginger, Lemon and Cinnamon Tea for Weight Loss
8.
How to Make Waffles Without a Waffle Maker

4 comments
Rating:
Robert
29/12/2021
Hello, I am wanting to use Sweet-n-low in a Potato Candy that calls for 32oz of Confectioners' Sugar. I did the math using a calculator. The result came out as 3.2 (.32/.10=). This does not sound correct to me Please advise me as to the correct amount of Sweet-N-Low needed. Thank you in advance.
Rating:
Robert
29/12/2021
Hello, my dad is diabetic, he uses insulin as needed. I make a potato candy called "Needham". This is a local candy in Maine. I would like for him to enjoy them. Only the recipe calls for Two (2) One-pound packages of Confectioners' Sugar. I am terrible with math. what am I looking at for replacing the sugar with sweetener? I did the math with a calculator; the result was 3.2oz. This does not sound correct to me. Please advise me as to correct measurement.
Rating:
Barry
06/06/2020
The recipe calls 2/3 cup of sugar how much sweet and low do I use?
Neet
12/04/2021
2/3 of caster sugar is 133g. (according to howmany.wiki and other websites i checked) so the sweetener required to replace it would be 13.3g by the articles calculations.
Rating:
GUIDO CANGELOSI
06/08/2016
I find it shocking that people like you who are so well versed into healthy foods and give high standard advice, would condone aspartame in the face of controversy. Personally, I would be neutral on the subject.

Jane Bertin (oneHOWTO editor)
08/08/2016
Aspartame has been found safe by major organizations, including the European Food Safety Authority. Of course, we also propose other options to fit all opinions.
How to replace sugar with sweetener 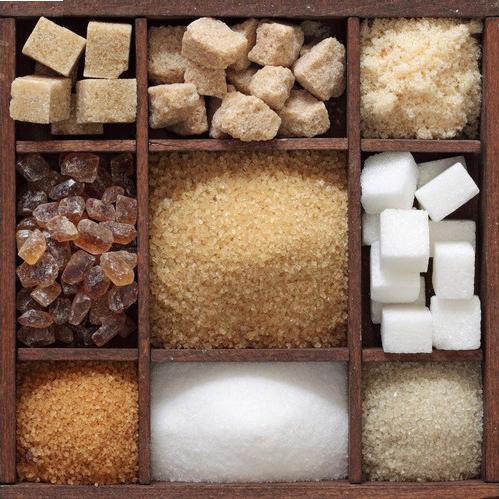 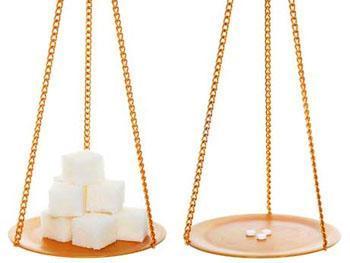 Image: vitonica.com
1 of 2
How to replace sugar with sweetener
Back to top