It is quite likely that your answer has been an instant "yes". From a young age we are taught to think of chocolate as an unhealthy food that should not be eaten often. In fact, chocolate is a food with beneficial properties for our health. However, like other sweet products, it should be consumed in moderation - it is precisely the high quantity of added sugar that makes it bad for our health.

Eating dark chocolate, which is low in sugar, does not mean we'll necessarily gain weigth. If you are interested in learning more, stay with us at OneHowTo and we'll give a more detailed answer to your question: "is chocolate fattening?"

You may also be interested in: How Fattening Is Sushi?
Contents

What are the benefits of chocolate

Chocolate has become one of those forbidden foods - deemed to be incompatible with a balanced diet, since it's seen as a snack associated with weight gain and other health problems. As a result, we too often ban this sweet pleasure outright, forgetting that, in fact, dark chocolate has a wealth of health benefits.

Chocolate helps combat excess free radicals given its high antioxidant content. This product is rich in flavonoids and thus helps to prevent premature aging of cells. It can also be used as a facial and body mask.

Chocolate is a stimulant that gives us an energy boost when we need it. This is essential to feel full of vitality throughout the day!

Dark chocolate can improve eyesight due to its flavonoid content, which improves blood flow to the brain and the retina.

Chocolate contains a chemical called anandamide which improves our mood and overall state of mind, reducing the chances of depression. In addition, eating this food stimulates serotonin production in the brain, which helps us to feel happier, and prevents us from feeling anxious, moody or stressed. If you want to learn more about this neurotransmitter and the foods that increase it, take a look at our article!

How is chocolate made?

Chocolate is made from a mix of cocoa paste and cocoa butter, which come from the cocoa bean. All chocolates are obtained from this mixture, which also includes sugar. Some types of chocolate will incorporate other products such as milk, and the amounts will vary from chocolate to chocolate. Other ingredients like cream, nuts salt or crumbled cookies are also very popular.

The way we eat chocolate may also vary. It can be found as a powder, a drink, a solid, or as a base in baked goods.

As explained in the previous section, chocolate is produced by a mixture of different ingredients, and based on these, we get one answer or another. Thus, the benefits and effects of chocolate on our health depend on the mixture.

Chocolate must be consumed in its purest possible state, without mixing it with milk and without large amounts of added sugar, for it to be considered healthy and non-fattening. This is because milk and sugar add fat. The cocoa itself, though, is not fattening. Dark chocolate is the best choice, as it is the purest form and provides the most health benefits. Chocolate and similar products should always be consumed in moderation.

We can distinguish between the three most popular kinds of chocolate:

This must contain a minimum of 50% of cocoa paste to be considered dark, giving it quite a bitter taste. This chocolate is richer in the properties listed in the first section of the article, like antioxidants.

It is usually eaten more, especially by children, since it is sweeter. The proportion of cocoa is below 40%, though it can contain up to 50% in gourmet confections. Milk does provide calcium, but the chocolate itself is less pure so it provides less benefits overall, and it is more fattening than dark chocolate.

This type contains at least 20% cocoa butter, 14% milk solids, 3.5% milk fat and up to 55% sugar or other sweeteners. This mixture is made with cocoa butter instead of solids, so it acquires a yellow hue together with the milk powder and sugar. Bad quality white chocolates are completely white instead of yellow, as they do not have any cocoa butter at all.

What do scientific studies say about chocolate?

Now that we have answered the question of whether chocolate is fattening, it's time to look at some scientific studies conducted on this issue to determine the effect it has on our health.

Other studies revealed that consumption of moderate amounts of chocolate had a positive impact on our health. Despite this, it showed that excess consumption could have detrimental effects. However, removing chocolate from a diet is not necessary since it is not fattening itself, as long as it is consumed in moderation.

Finally, some studies showed that the consumption of chocolate had positive effects on cardiovascular health. These showed that eating chocolate protects our heart, regulates blood pressure and insulin -which can be good for people who suffer from cardiovascular problems - and strengthens the immune system.

So now you know the full answer to "is chocolate fattening?" - it can be, but it isn't the most fattening thing out there.

If you want to read similar articles to Is Chocolate Fattening?, we recommend you visit our Food & drink category.

Are Pickles Fattening? - Sweet and Sour Types
How To Replace Bread In Your Diet
How to Eat Less Food
How to Make Rice Flour
Most read
1.
Homemade Kinder Bueno Filling
2.
How to Tell if Mushrooms are Still Good to Eat
3.
How to Tell if Broccoli Has Gone Bad
4.
How to Know if Brussels Sprouts Have Gone bad
5.
How to Make Paneer at Home with Spoiled Milk
6.
2 Easy Ways to Fry an Egg Without Oil or Butter
7.
How to Tell if Tofu Has Gone Bad - Shelf Life of Tofu
8.
How To Fry An Egg In The Microwave 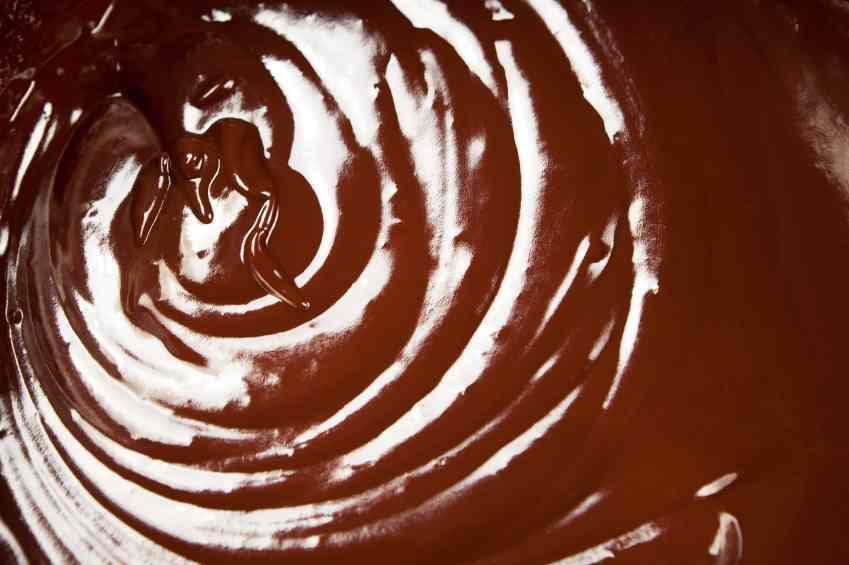 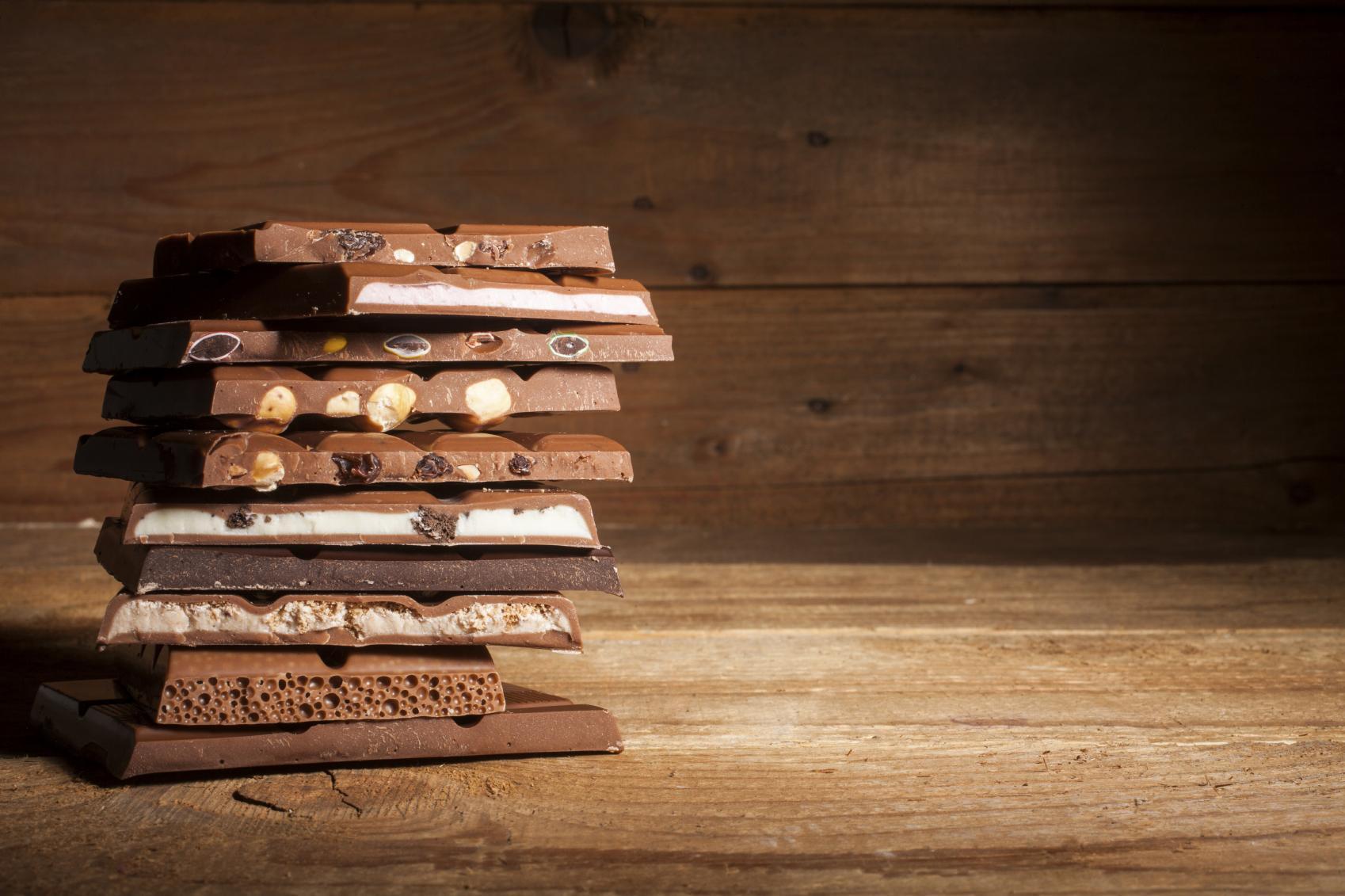 1 of 3
Is Chocolate Fattening?
Back to top