The Origin of Sushi - Origin and Meaning of the Word

If there is one food that has established itself in the West in the last century and captivated the whole world, it is sushi. In fact, hundreds of sushi places have opened in recent years, including street food restaurants, gourmet restaurants and even free buffets serving raw fish and rice. In response to the sushi phenomenon, there are many variations and even some fusion versions.

In this new oneHOWTO article, we explain where sushi comes from, what it means and where it originated.

You may also be interested in: What to Put in a Poke Bowl
Contents

What does the word sushi mean?

Although many people think that the meaning of the word "sushi" has to do with raw fish, "sushi" actually refers to the combination of ingredients with the classic vinegar-soaked rice. In other words, sushi is the dish we prepare with this rice and then season with fish, seafood, meat, or vegetables.

It is believed that this dish originated in Japan, but in fact the origins of sushi are in ancient China, where fish was preserved with mold made from fermented rice, which served as a preservative and was not consumed. Fortunately, this custom evolved, the Japanese took over the baton and transformed the dish into what we know today as sushi.

The recipe could not be simpler: a base of cooked rice seasoned with rice vinegar, sugar, and salt. Sushi is not only the main reference of Japanese gastronomy, but also one of the most popular dishes in the world. Outside Japan, the term sushi refers only to the most common variants such as makizushi or nigirizushi (makis and nigiris) and, curiously, is usually extended to sashimi, a dish based on raw fish but without rice.

If you like to eat but also watch your calorie intake, do not miss this other article where we explain how fattening is sushi.

Where sushi comes from and its history

To know the history of Japanese sushi, we must go back to the 8th century. It seems that the arrival of sushi in Japan was through Korea. The first Japanese sushi was made similarly to Chinese sushi after a fermentation process. However, the rice was eaten with it and the fish was not cooked through or eaten raw.

Rice vinegar began to be added as early as the 17th century, greatly reducing the fermentation time. Vinegar is used to preserve food, and this is how this dish became popular.

It was not until the 19th century that sushi began to be made without fermentation and established it as a street food, as it could be eaten with the hands. During the Edo and Meiji periods, sushi stands were common, and it was not a food eaten in restaurants.

With the advent of modern refrigeration technology in the early 20th century, sushi made from fresh fish could be preserved for much longer. After World War II, sushi was served in restaurants and was now considered a luxurious dish. The stalls disappeared partly because the hygienic conditions were not considered the best.

By the end of the 20th century, sushi began to gain importance and popularity worldwide. In fact, there are even sushi restaurants with three Michelin stars.

If you like Asian food, do not miss this other article where we talk about how to make a wakame seaweed salad.

Sushi has become more and more popular in the last years. It used to be that you had to search for specific places where you could sample different types of sushi, which were usually refined and expensive.

Today, however, there are many places that offer sushi in many different forms. Sushi's overabundance is a scandal to many, but we must remember its origins were right on the street. As a result, we would like to give you some tips on how to eat sushi properly, far from formalities.

The order is important

You may not have known it, but when it comes to eating sushi like a pro, the order in which you choose the pieces is important. Usually first comes the "sashimi," which is not actually sushi, but very thinly sliced fish or seafood. Then it's the turn of the "nigiri", pieces of rice and raw fish connected by a strip of nori seaweed, and later come the "makizushi", the famous makis or rolls that everyone knows. Finally, there are tempura dishes and "temaki", which means "hand-rolled sushi" and consists of a cone of nori seaweed filled with rice and whatever we want to put on it.

No need to use chopsticks

Sushi is traditionally eaten by hand, although it is often served with chopsticks ("hashi"), especially in restaurants. One way or another, the pieces of sushi are typically eaten in one bite, that is, not divided or eaten one piece to deposit the rest on the plate while chewing. Only if it is not possible to put the whole piece in the mouth, it is allowed to hold the rest with chopsticks to eat it immediately.

Will not soak in soy sauce

Before we start dipping sushi pieces in soy sauce, we should find out if they are already prepared with a sauce because usually they do not need any further dressing because they are meant to be eaten that way. When we dip the sushi in soy sauce, we should always do it on the fish side and not on the rice side, otherwise the rice will get wet and the sushi will fall apart on the plate. Also, we should try to put the sushi in our mouths so that the fish, the most delicious part, comes into contact with our tongues.

The basic rule of Kaiten Sushi

More and more people are approaching sushi through kaiten sushi, those restaurants where the food is delivered to the guest through a system of conveyor belts. Although these are frequently informal fast food restaurants, there is one basic rule that we must always follow: Never return a dish you have already eaten to the conveyor belt.

What do you drink with sushi?

Drinks also have their own code when it comes to sushi. Usually you start with sake, the traditional alcoholic drink made from rice, and then drink beer (Japanese, of course) or green tea served in a small cup without a handle. Wine or soft drinks should be avoided, as their flavor is so intense that we would probably lose nuances when tasting the fish and seafood.

It might surprise you, but pregnant women should avoid sushi. Read this other article about why it's not safe to eat sushi during pregnancy to learn more.

If you want to read similar articles to The Origin of Sushi - Origin and Meaning of the Word, we recommend you visit our Recipes category.

The Origin of Sushi - Origin and Meaning of the Word 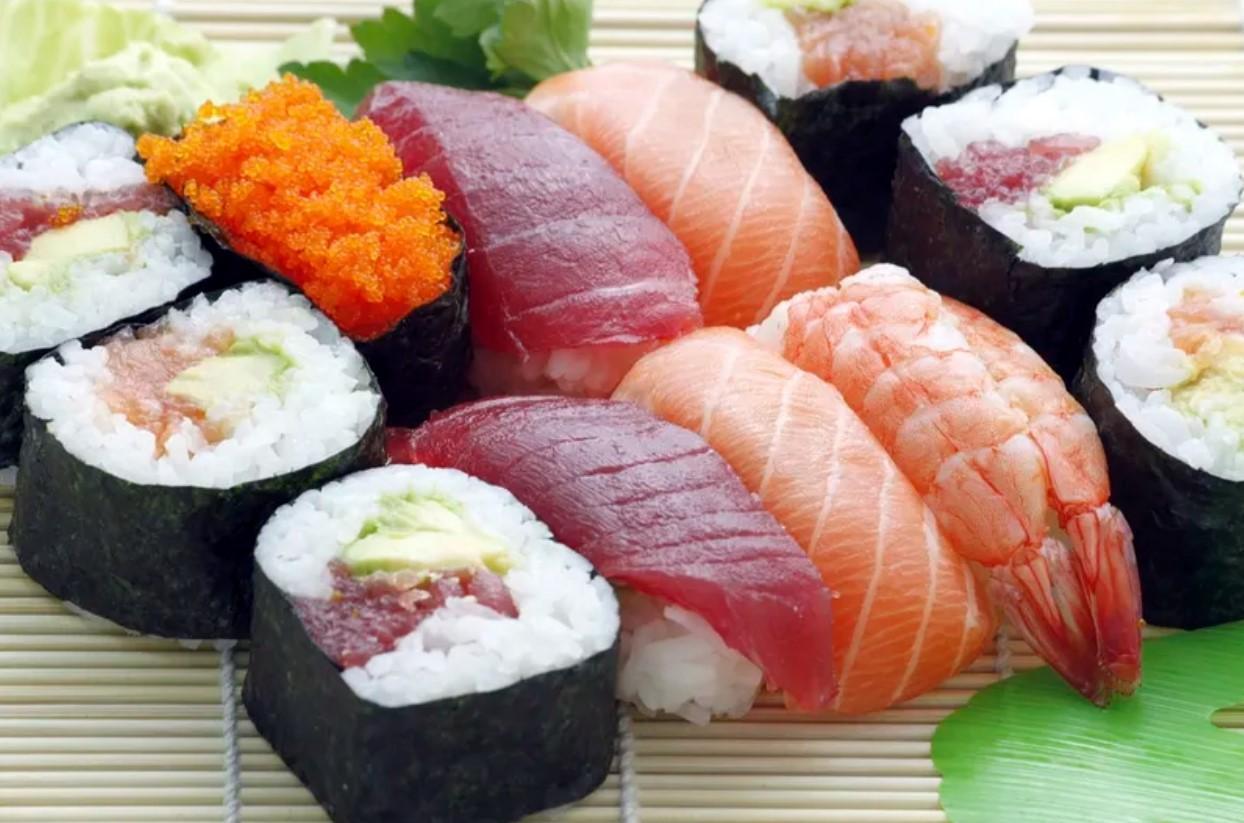 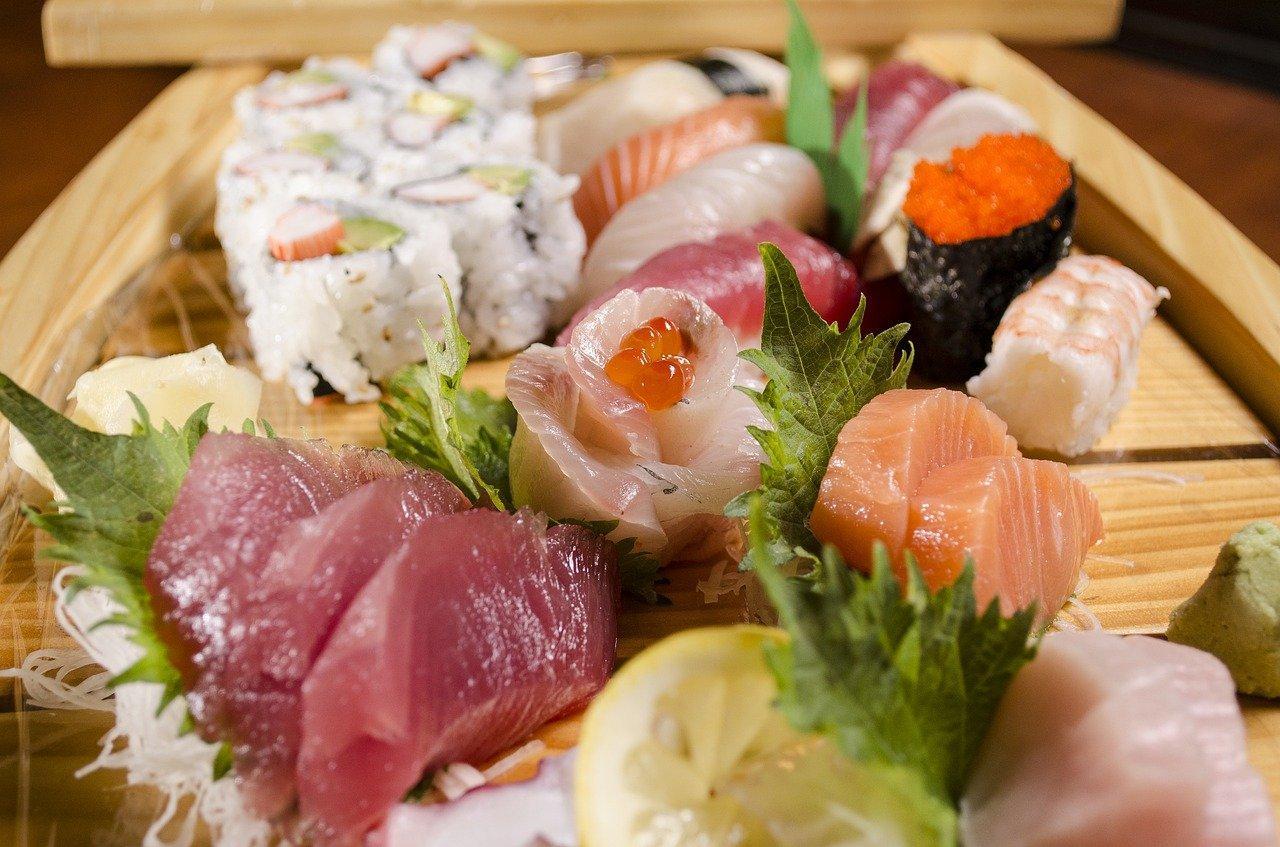 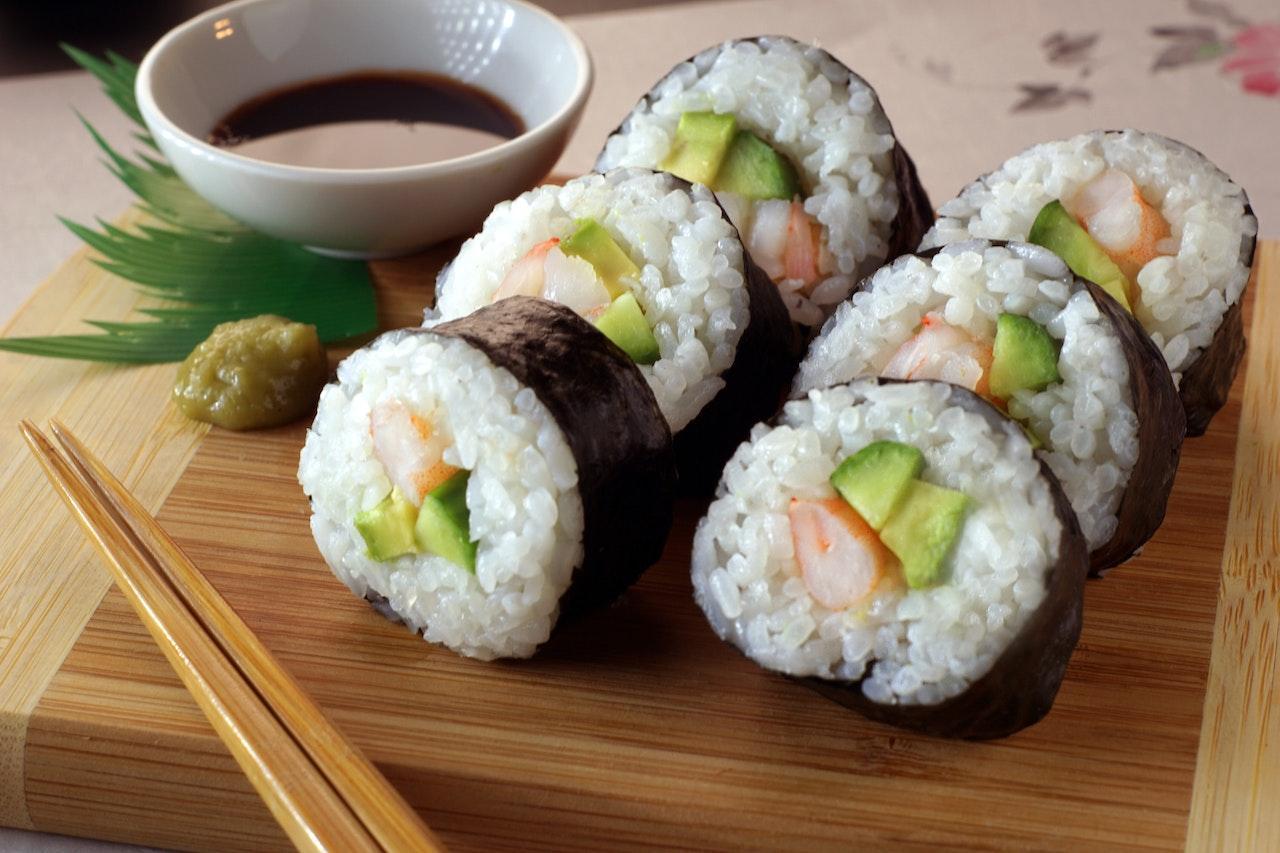