How to Make Meat Pie at Home

Any party or potluck is just incomplete without a tasty snack of meat pie, especially if you live in Australia. Although you can buy a ready-made one from the market, it is fun and easy to make a meat pie at home as well. Using ingredients like potatoes, peas, carrots and meat, you can easily make an amazing meat pie for your family as well as guests. In this oneHOWTO article, we are going to give you step by step instructions on how to make meat pie at home.

4 diners Between 1 & 2 hours medium difficulty
Ingredients:
You may also be interested in: How to Make Baked Rabbit
Steps to follow:
1

Mix cold water in the mixture little at a time until a smooth dough is formed. The dough should only be loosely formed, and not over-worked, as it may make the dough too tough to handle.

Using your hands, separate the dough into two equal parts, which will be the bottom and the upper cover of your meat pie. Let the dough sit in the refrigerator for a couple of hours.

After this time has passed, flatten the dough on a lightly floured area and start rolling from the center while moving towards the edges. The circle that you make should be around 12 inches diameter. For a perfect crust, take a look at our article on how to make meat pie dough and learn all the secret tricks.

To make the filling, heat a skillet on medium heat and add ½ cup onion and 2 cups ground beef in it. season with garlic, cloves, thyme and salt, and let it cook on medium heat. Stir frequently to mix the spices and crumble the meat. Cook until the meat becomes evenly browned. To add more flavors, you may also add nutmeg and cinnamon for seasoning. Once you have cooked your meat, tilt the pan to a side and discard off the fat or grease residue.

Add potato, peas and carrots in the skillet followed by beef broth. After draining the fat, the beef broth will help in keeping the filling moist.

Now that the broth, your crust and the filling are ready, preheat your oven at 350˚C.

While the oven is heating, you can assemble your meat pie. Roll the pie crust around a rolling pin starting from the edge. Transfer the crust to a pie dish while unrolling it carefully. Do not stretch. Trim to around ½ inch beyond the pie plate’s edge, and fold access pastry under it to create thicker crust at the rim.

Once you have laid your crust, pour the filling slowly on it, and level it off without overfilling. Now place the second circle of the dough over the filling and pinch the edges of both layers together. Cut some vents on the top crust of the pie, so that steam is allowed to escape through them. Brush the top layer with melted butter, so that it remains moist while cooking

Place the pie on an oven rack and let it cook for around 45 minutes or till the top layer becomes golden brown.

Let the pie cool down before serving.

Condiment your Australian meat pie by adding some ketchup to top it up but you can also go for a delicious homemade barbecue or Worcestershire sauce.

If you want to read similar articles to How to Make Meat Pie at Home, we recommend you visit our Recipes category.

How to Cook Roast Lamb in the Oven
How to Cook Roasted Pork Tenderloin
How to make liver and onions
How to Make a Homemade Chiko Roll
Most read
1.
How to Tell if Mushrooms are Still Good to Eat
2.
How To Make Ginger, Lemon and Cinnamon Tea for Weight Loss
3.
How to Know if Brussels Sprouts Have Gone bad
4.
How To Make Arepas With Corn Flour
5.
Homemade Kinder Bueno Filling
6.
How to Tell if Broccoli Has Gone Bad
7.
How to Tell if Tofu Has Gone Bad - Shelf Life of Tofu
8.
How to Make Bread at Home Without an Oven

1 comment
Rating:
NOZIBELE MALOBOLA
04/03/2021
YOUR RECIPES ARE GREAT ,KEEP UP ON YOUR GOOD WORK 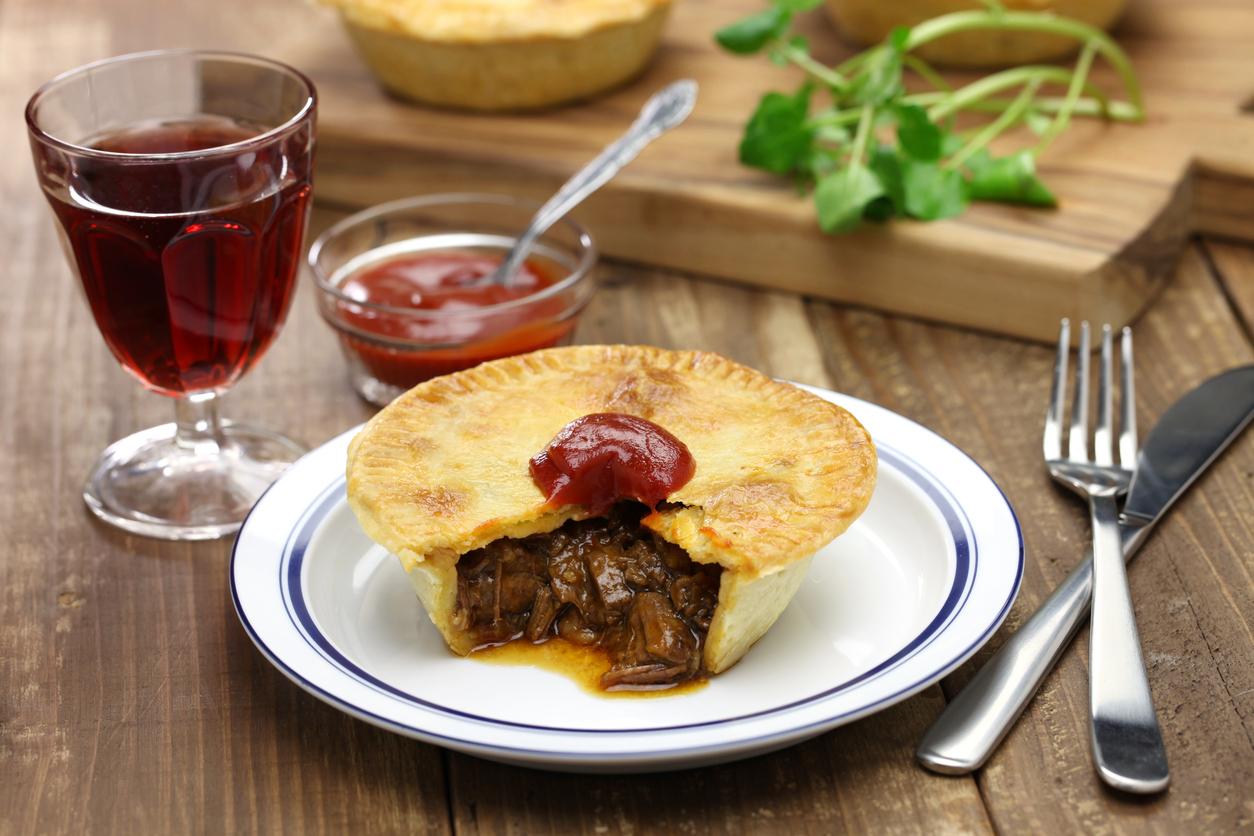 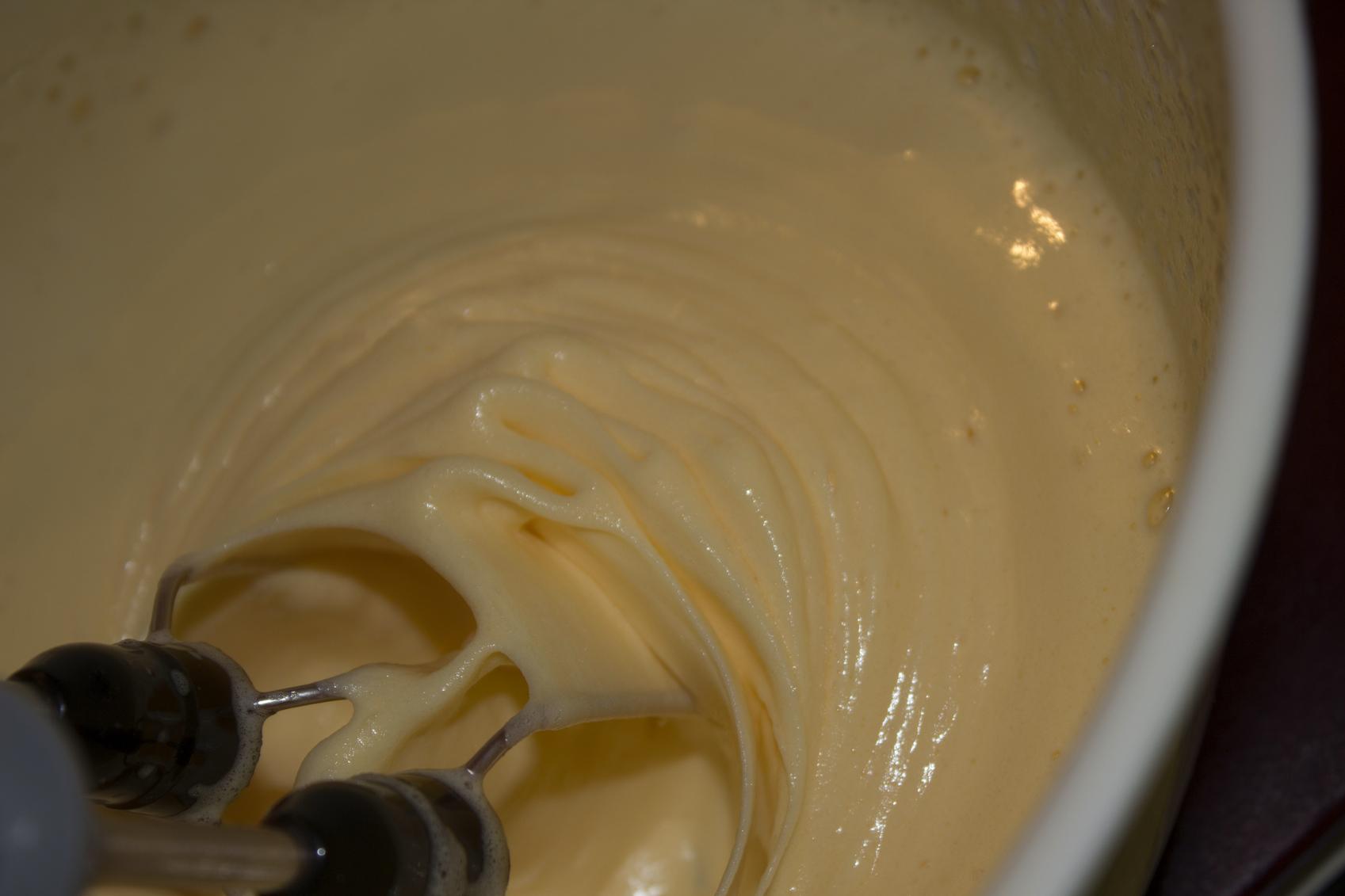 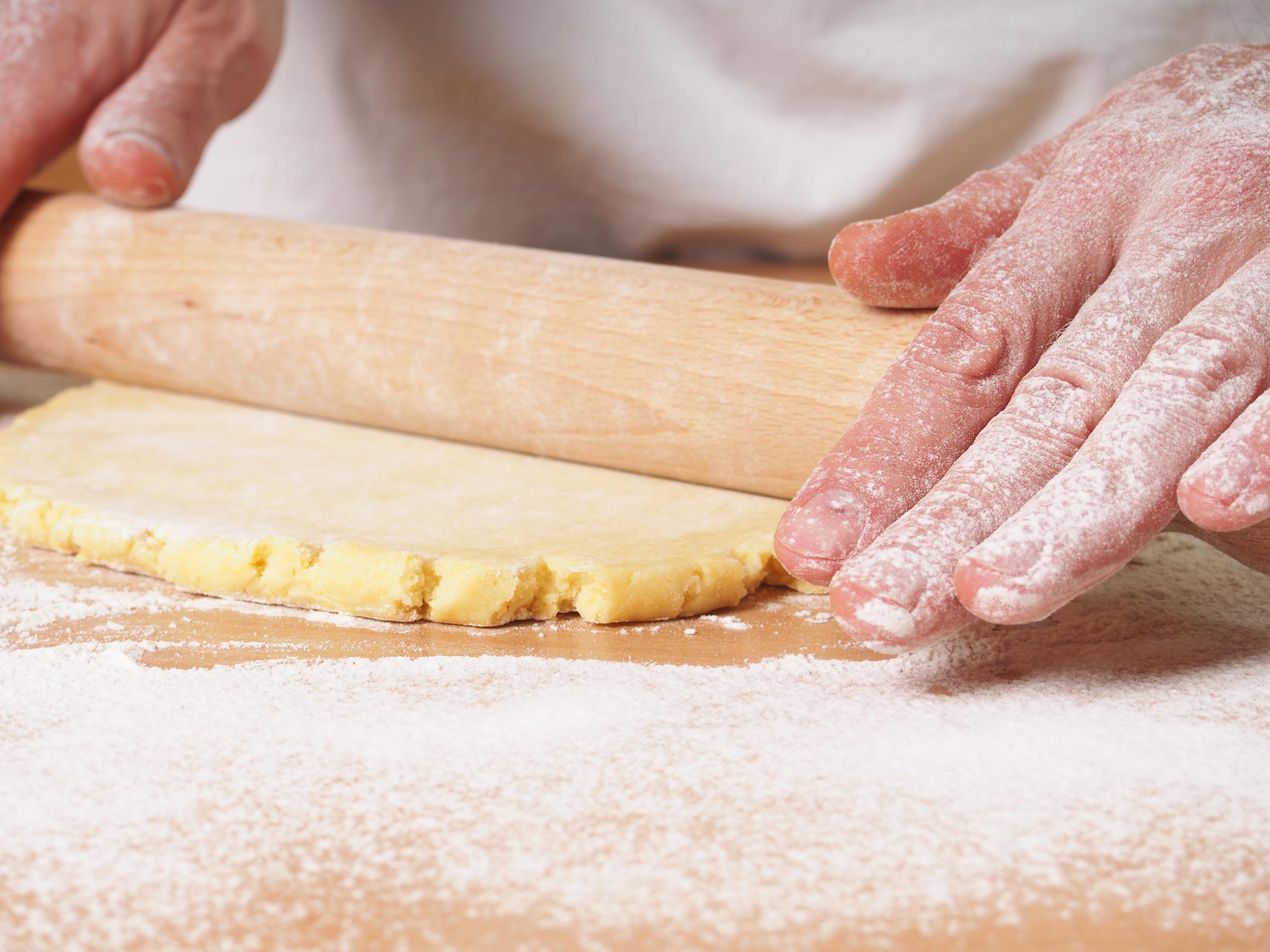 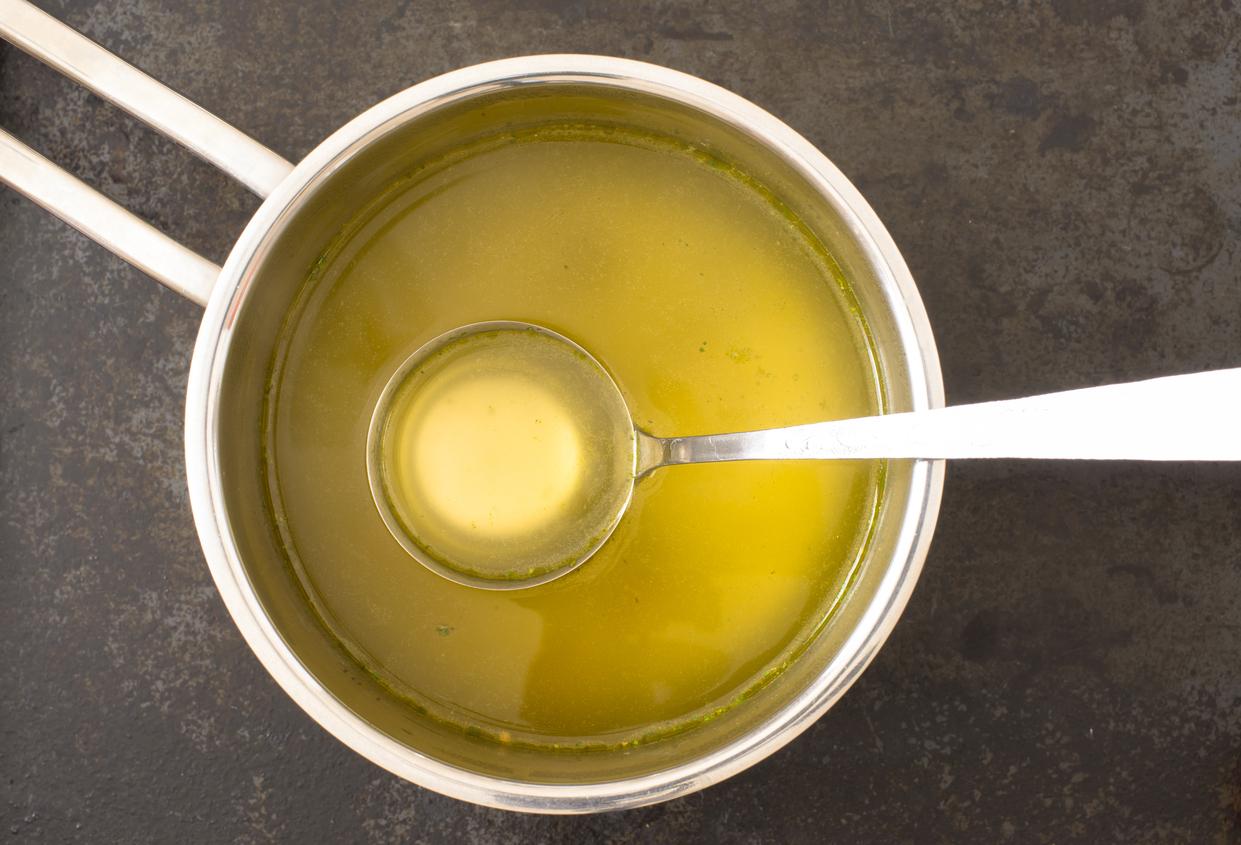 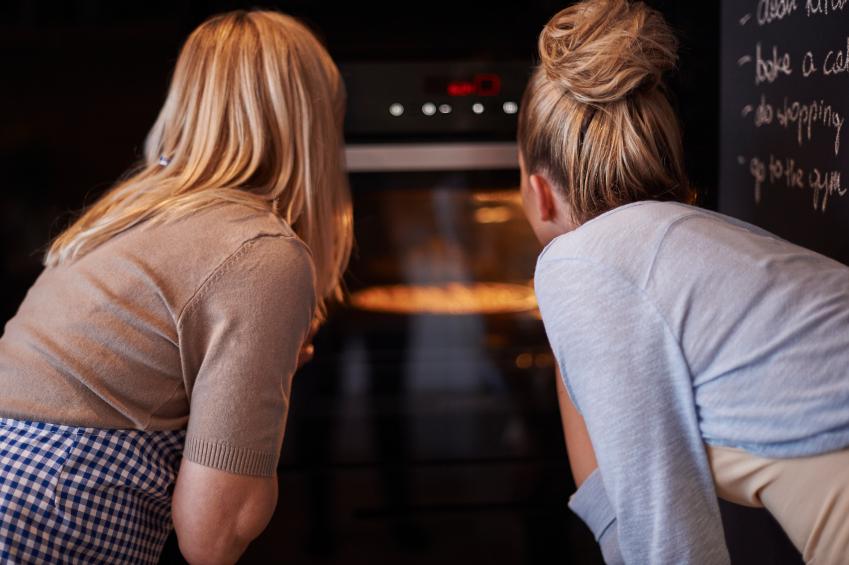 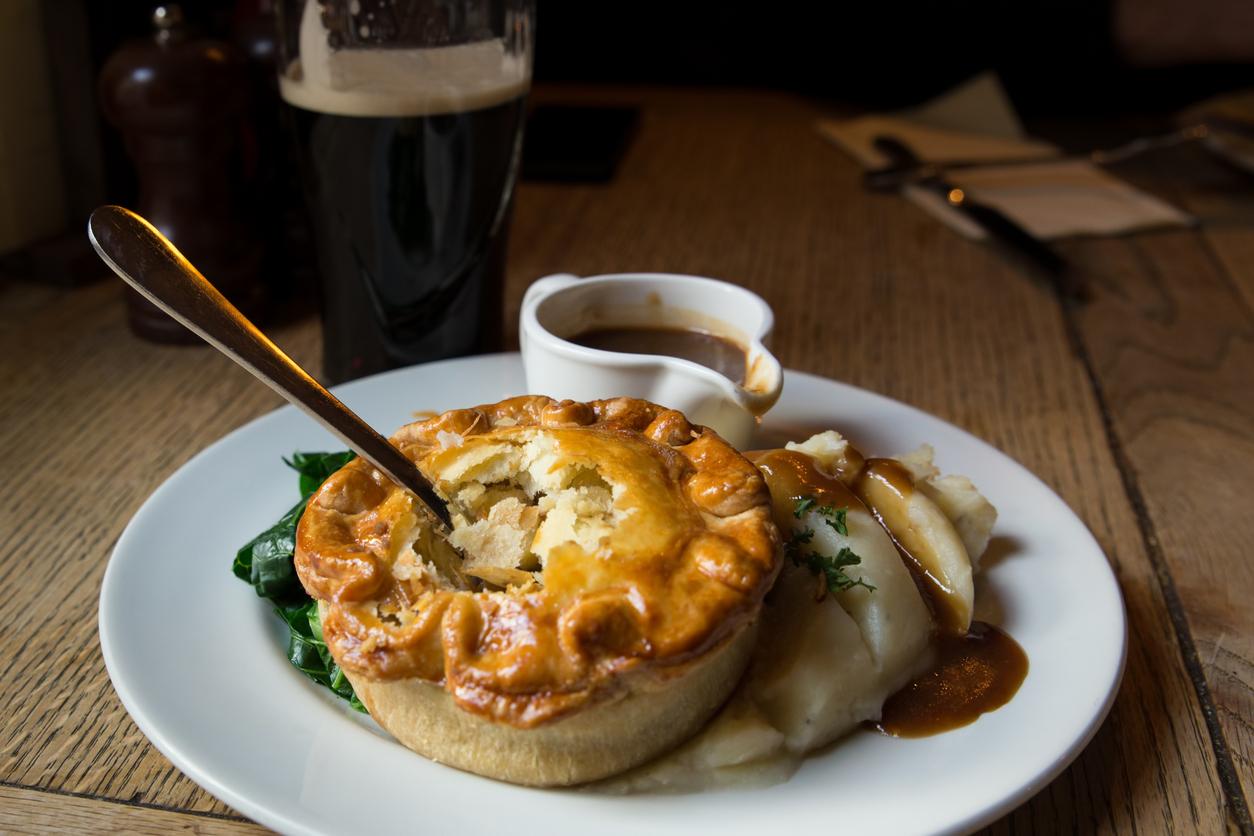