Does Beer Go Bad in the Refrigerator?

Beer is a fermented drink made by brewing cereal grains, most commonly from barley. Evidence of barley brewing has appeared as early as 3500 BC, but does this mean we could still drink it? The beer in our fridge may not have waiting millennia for us to drink, but it is common we might find some old cans or bottles which we wonder if they are safe to drink.

At oneHOWTO, we ask does beer go bad when in the refrigerator? We find out if there are expiration dates for bottles and cans of beer, as well whether temperature has an effect on its longevity.

You may also be interested in: Does Apple Cider Go Bad? - How Long Cider Lasts
Contents

Does beer have an expiration date?

The vast majority of beer bottles and cans have a best-before date, but this does not necessarily mean that the beer expires. On the contrary, many types of beer gain flavor and a special character over the years. The inclusion of this best-before date can make you confused when considering whether beer has gone bad.

Starting from 2000 in Europe, it became a legal requirement for beer to have a best-before date on bottles and cans. However, there is a difference between a best-before and expiry date:

With an expiry date, you can expect to become ill if you consume a product after this time. However, with a best-before date, you might find the product is palatable, even if it isn't as good as a fresher version. With beer, the best-before date is a suggestion.

Rather than drinking it, some people may want to know if beer is bad to use in cooking. Our article on how long does it take to cook off alcohol in beer can help provide more information.

Due to the differences in labelling described above, beer does not expire. However, this doesn't mean it can't still go bad. When a beer is left for a long period of time, it will start to change its chemical compounds. This is due to the presence of oxygen being in the can or bottle along with the beer. We cannot prevent the presence of oxygen, so all beer cans and bottles will be affected over time.

In many cases, these changes can make the beer go bad. Since carbonation is lost, the beer is likely to go stale. This is less important with ales and other types of beer which are naturally not very effervescent. However, if you want a crisp lager or IPA, you might be disappointed with an old beer.

Although the beer will undoubtedly change in flavor and character if the best-before date has long been met, it is possible for the beer to be very palatable. In some cases, the oxidization of malted elements can lead to sweeter notes developing such as caramel or toffee. Hoppy beers such as many types of IPA tend to lose their vibrancy and citrus flavors.

In this sense, beer won't expire, but it can go bad. How bad will depend on your own palate and preferences. Although it may taste different from the original beer in the bottle or can, some drinkers may even prefer a beer after its best-before date.

Coffee is another brewed drink many of us have at home. Check our related article on whether reheating coffee in the microwave is bad.

How to know if a beer is bad

Considering that beer does not expire, we can only really known its ideal consumption period. This is represented by the ‘best-before’ or ‘best-by’ dates. These are usually on the neck of a beer bottle, on a label printed on a can or bottle, or on the base of certain beer cans.

Best before date for European beers

For many European beers or imported beers, the alcoholic beverage will have a bottling date. It will also have a note marking how long it will remain in good condition, usually around 12 months. Some producers will place a best-before date instead. This is becoming more common. The date usually appears with the abbreviation BB before the date itself.

In the case of American beers, it is more difficult to read the bottling or best-before date. In some packages, it is marked on the neck of the bottle, but with a yellow ink that is very difficult to read. In addition, they usually may use a Julian calendar date format. In this case, they print a long list of numbers without apparent sense.

Does beer go bad in the refrigerator?

Keeping beer in the fridge is the best way to drink most of them, especially if they are effervescent. Lager, pilsner, IPA and similar types of beer are best consumed in this way. Some ales and other beers might be more commonly consumed closer to room temperature, but even these may benefit from being chilled. For this reason, it is a good idea to keep beers in the fridge.

In terms of whether the beer will go bad in the refrigerator, the process is the same as above. Although they will not expire, they will change over time and may become less palatable. However, the cooler temperatures of a refrigerator will slow down the oxidization process. For this reason, it is likely the beer will stay fresher for longer if you keep it in the fridge or a similar cool place.

If a beer has been kept outside of the fridge, the same rules apply. The only difference is that it can take less time to start changing, especially if it is kept in warm environments. This is as long as the beer is unopened.

Can you drink beer after the best-before date has expired?

As we indicate above, beer will be drinkable even after the best-before date has elapsed. It may not be as nice or have a different flavor profile, but it should still be potable. The only exceptions to this are if the beer can or bottle has been damaged. In these cases, bacteria or other microorganisms might enter the beer and make it harmful for you to drink.

Otherwise, it will take many years for a can or bottle of beer which has been well-sealed to become completely undrinkable. It may not be the most refreshing beer you have ever drunk, but it shouldn't cause you harm.

Yeast is a common ingredient in beer, used to facilitate the fermenting process. You can see our related article on whether fresh yeast has gone bad to learn more.

If you want to read similar articles to Does Beer Go Bad in the Refrigerator?, we recommend you visit our Food & drink category.

Wine vs Beer: Which Is More Fattening?
Healthy Alcoholic Drinks to Order at a Bar
What is the Origin of the Daiquiri?
How to Choose the Right Whisky for You
Most read
1.
How To Make Ginger, Lemon and Cinnamon Tea for Weight Loss
2.
How to Tell if Mushrooms are Still Good to Eat
3.
How to Know if Brussels Sprouts Have Gone bad
4.
Homemade Kinder Bueno Filling
5.
How To Make Arepas With Corn Flour
6.
How to Tell if Tofu Has Gone Bad - Shelf Life of Tofu
7.
How to Tell if Broccoli Has Gone Bad
8.
How to Make Bread at Home Without an Oven

Does Beer Go Bad in the Refrigerator? 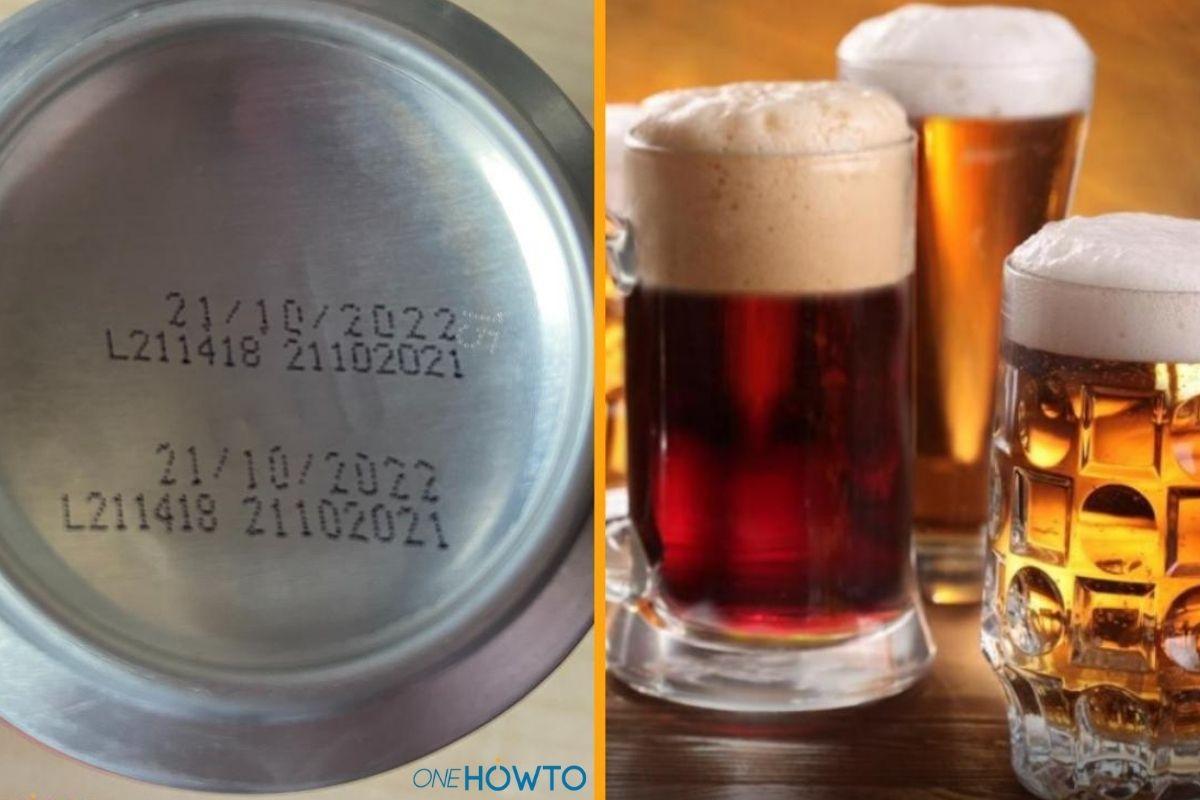 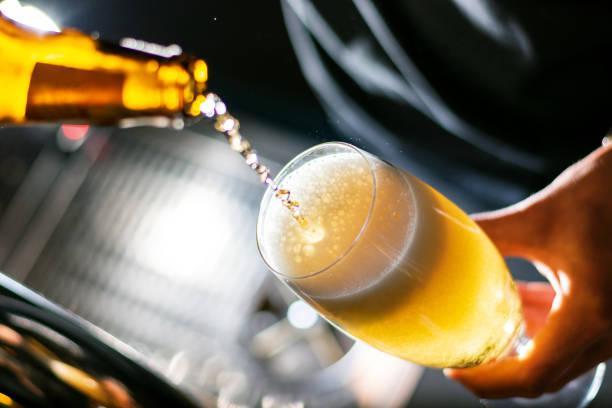 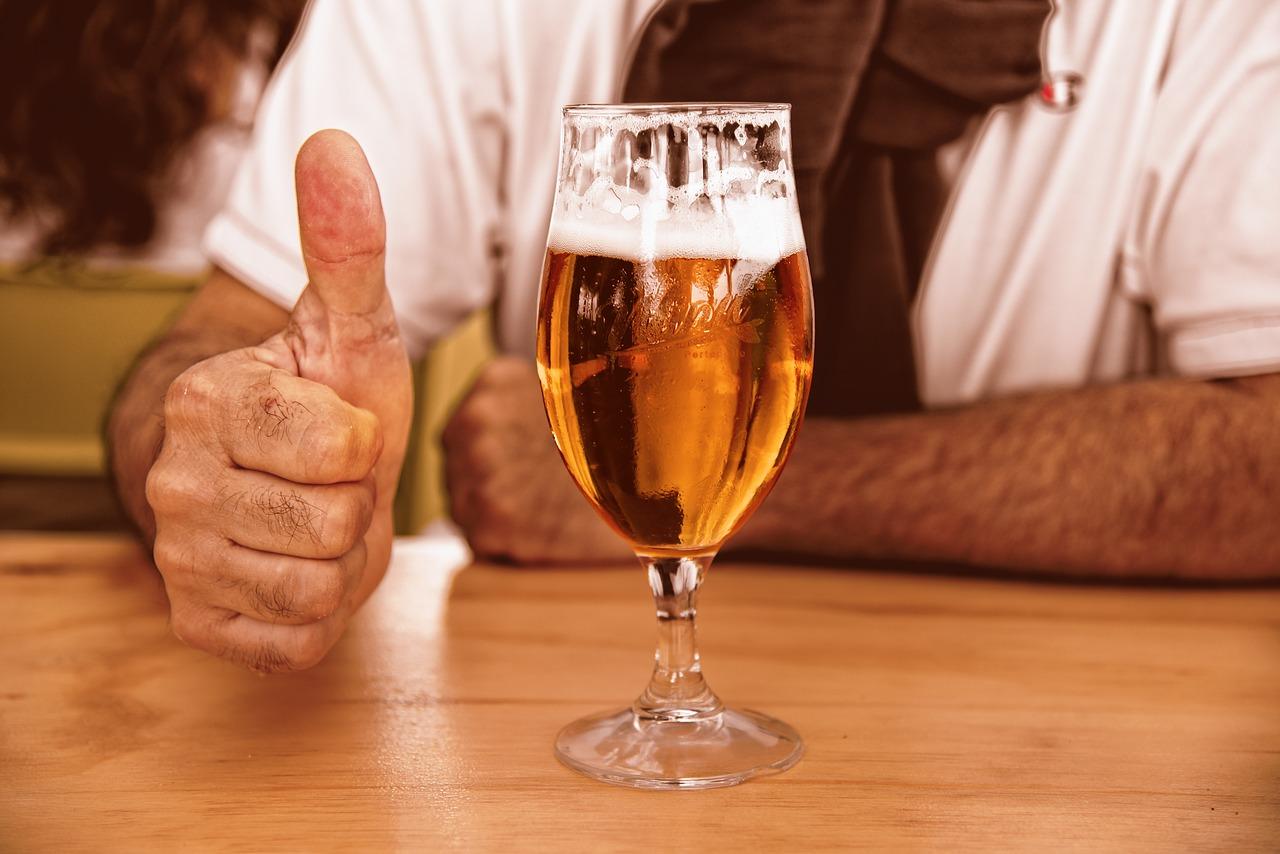 1 of 3
Does Beer Go Bad in the Refrigerator?
Back to top